In our country where many may deign to ask, why are there so many missing and murdered aboriginal people unaccounted for? Cardinal tries to tackle the issue by putting us inside the mind of a tireless detective. One who did everything he could to find a missing aboriginal girl, Katie Pine.

It’s CSI at its best, but with a distinctly Canadian bent, and at times, the detective did too much, according to his superiors.

Detective John Cardinal (Billy Campbell, The Killing) was pulled off the case when he wrung the entire Algonquin Bay police department dry, yet didn’t have much to show for it. Now that his intuition was proven right, following the discovery of the missing teen, frozen solid in an abandoned lake shack, he’s back on the job, and he’s no less prickly. 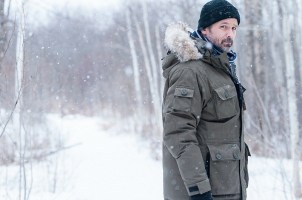 The show’s dialogue quickly builds character and shows the difference between John and his new number two, Lisa Delorme (Karine Vanasse, Pan Am.) Like when he calls her in the middle of the night, he’s up awake thinking about his reopened case incessantly, while she has to crawl out of bed to answer him. But she does, and her brain’s right on the job as soon as she picks up.

The Aubrey Nealon-written screenplay is roomy. It leaves plenty of space for the Cardinal’s characters to breathe within the world Giles Blunt first created in the “Forty Words For Sorrow” novel 16 years ago. And Cardinal’s soundtrack strikes an effective balance between the digital cello hums and long vocal notes endemic of successful crime thrillers, and the tribal serenades and ambient chants of indigenous Canadians.

The Kimbra-esque tones of Danish singer/songwriter Agnes Obel punctuate peeling images of John’s face in the show’s brief opening theme “Familiar,” too. It doesn’t overstay its welcome, but it’s iconic and folky enough to stick, should the show find traction in our snowy North. 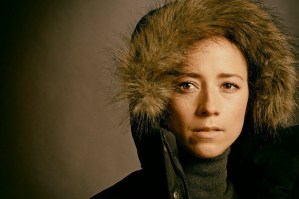 That authentic snow covered existence of Canadian life is on full display here. Overhead shots of snow-caked highways, skidoos on frozen lakes, and shots showing everyone one with an eyebrow-hood jacket close at hand are spot on.

This all helps the verisimilitude of John’s investigations, and the visual story telling in these scenes helps pull us through each cut. When he glances at the dream catcher on Katie Pine’s bedroom wall and twangs an out of tune ukulele on her desk, it helps establish a timeline for how long the case has been cold.

Thankfully, John has someone competent to assist him. The tips for success from John’s old partner don’t go unheeded by Lisa, so she asserts herself by demonstrating her knowhow. She proves that she’s worth John’s time, even if there’s still some visible distrust lingering between them.

The distrust comes from a strongly teased secondary plot line of John being investigated as a possible informant to a dangerous drug lord. It’s an interesting blemish on the otherwise straight laced image that John presents.

For every effective montage showing him digging for answers with clear shots and salient audio that blur together, there’s an overhanging question of whether John is doing all the right things for the right people. 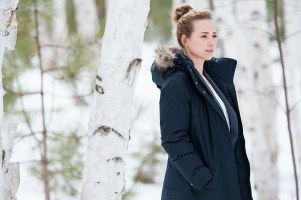 If the cultural touches in Cardinal don’t get you thinking about some of the problems Canada faces, it’s a fault of your ignorance, not the premiere’s structure — though you’re still likely to engage with the material it presents.

The deadness inside Dorothy Pine’s (Gail Maurice) static eyes is chilling, as she absorbs platitudes from the police about her daughter’s death. She might have ran away, they thought. They’re throwing everything they have at this case, she hears again, now that they found Katie’s frozen body.

Side by side cuts of a city-organized church funeral service, designed for reconciliation, and a traditional Anishinabe service in a wigwam, are meant to frustrate Cardinal’s audience. As ceremonial drum beats intensify in volume, it’s easy to self-insert with John as he storms out of the church, disgusted by all the pomp and circumstance that wasn’t put to use before Katie’s death.

Whether you’re familiar with modern Canadian history or not, Cardinal’s premiere strikes an empathetic chord that should resonate with everyone.

You can catch Cardinal on Wednesdays at 8pm MT on CTV or streaming at CTV.ca one day after each episode airs.