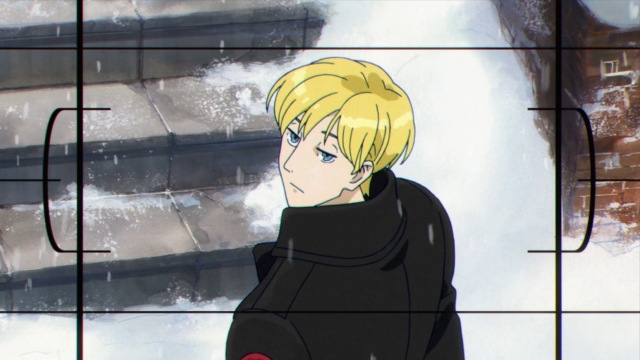 This week on ACCA: 13-Territory Inspection Department (ACCA: 13-ku Kansatsu-ka) we get a sampling of more fantastic music, and we learn that the anime knows how to paint characters’ understanding, rather than hiding every plot point behind a cryptic veil.

We get to dig into the Prince of Dōwā and his crush on Lotta. Her bubbly personality and welcoming sweet tooth are slowly building up a retinue of admirers. The smitten Rail, from episode one, makes a conspicuous cameo this week to ask after one of her stalkers, Maggie, the Prince’s aid. 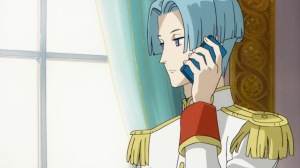 We don’t learn much, only that the Maggie easily has his focus swayed by delicious bread. These scenes appear to exist as a tonal balance this week, being lighter and more comedic in their delivery that the core narrative ones. This is especially driven by their excellent musical scoring. ACCA proves again this week that it’s not afraid to experiment with lead instruments for its scene setting music (like last week’s violin,) as well as its character leitmotifs, like that of Schwan and Maggie.

The warbling trombone slides its way into my heart

A warbling trombone slides its way into my heart in the opening here with several flitting lines in its solo, and later on when we revisit the Prince and the bread-obsessed Maggie, his dissatisfaction is ridiculed by beautiful little chromatic runs in flute interludes. It’s some for the most upbeat music we’ve heard from anything in ACCA so far. Some of the keyboard work in these sillier scenes even has a theremin timbre to its sound. 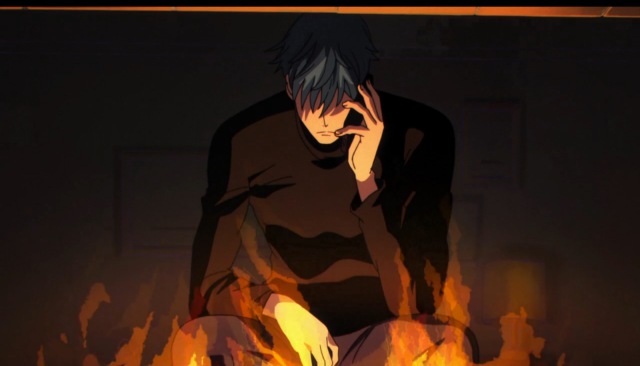 It’s lovely, but it’s not quite the iconic level of work that will pull mainstream audiences in for the music alone. (Yokko Kanno’s work on Cowboy Bebop, Space Dandy, Kids on the Slope, or Terror in Resonance, or Yuji Yoshino’s work on Spice and Wolf are all great examples of this.) But there’s a distinct appeal to the way Ryo Takahashi is composing the music here that could really come into its own as the series progresses.

The opening theme is an explicit piece of foreshadowing

While on the topic of music, I can’t wait to dig into the excellent opening and ending themes of ACCA either at the mid-cour point next week, or after the finale — maybe both. In most thrillers or any show that has a mystery element, the artistry in the OP and ED, both musically and visually, is an explicit piece of foreshadowing. ACCA is no different, it just also boast great music throughout the other 21 minutes of its episodes.

While brilliantly accompanied, Prince Schwan does learn from Maggie this week that both Jean and Lotta’s parents are dead, narratively though, the big bombshell we watch juggled before it’s eventually diffused in Nino’s blown cover.

Jean shows genuine surprise when he finds out from Lilium that he’s been tailed all of the last month. It’s the first time we’ve seen him so significantly caught off guard, and it’s as much a departure from his usual demeanour as his embarrassed flush from episode three was when he saw Mauve’s evening dress.

It’s the first time Jean is significantly caught off guard

In a show that’s played so much with the possibilities of what each character knows and does not, the animation in these reactions is critical to conveying real emotions, and the timing of the directing along with the well-drawn closeups here are perfect. Jean legitimately didn’t know about Nino, and it’s a huge credit to the production for me to be able to confidently say that before the entire season of ACCA is finished. 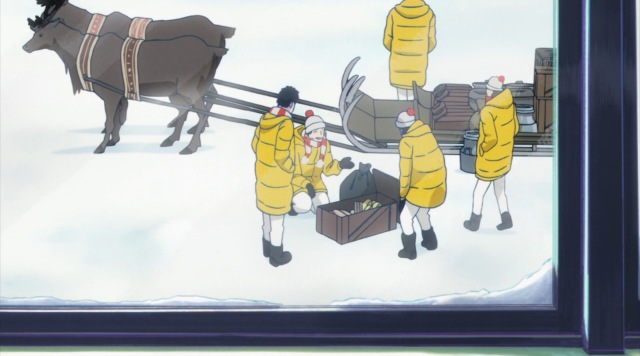 The biomes of each district Jean audits continues to drive interest this week as well. Dōwā packs the environmental diversity of an entire globe into the borders of its one bird shaped continent.

“Things really are different depending on the district,” Jean remarks in passing. He couldn’t be more right. The cultural differences in particular are especially distinct. The scruffy bearded men wearing puffy yellow ACCA jackets and red scarves to combat the mountainous and wintery Birra this week, directly contrast with the poncho-wearing, long-haired men in Rokkusu’s central America-ésque locale in the episode’s second half. 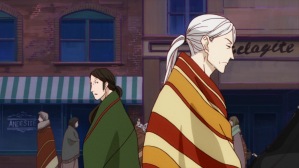 Most of the short interactions during the travel scenes this week, are what we’ve seen before, and they continue to advance several subplots. It’s what we’ve seen before. The only noticeably weaker thread revisited this episode is Jean’s strong desire to transfer out of the investigation department.

His coworker Oulu seems to think that a transfer wouldn’t be good for Jean, but the reason is unclear. We learned earlier that ACCA investigation agents make less than most other ACCA positions, so whatever the reason may be, it’s more emotional motivated than financial. Maybe we’ll find out next week, but who knows. Jean and Nino have decided to keep doing business as usual until Nino can explain himself at a later time. Friendship trumps all in ACCA, for now.