On Nov. 29, 2018 beloved Edmonton alt-weekly Vue Weekly published its final edition. Prior to that I’d neglected to share links to my clips from recent months, so here’s a list of my final seven stories in Vue Weekly after two years of freelancing for the paper.

“When Vern Thiessen’s former intern from Workshop West Playwrights’ Theatre asked to direct his play as part of an MFA thesis, he quickly said yes. Then, over a beer or two, Alexander Donovan even convinced the lauded Canadian playwright to perform in his own work, guaranteeing a production of Lenin’s Embalmers like no other.” Read more

Theatre directors occasionally tweak scripts to accommodate a specific vision, but rarely do they get to do so with the original playwright while remounting a production. Revealing how Donovan handled the opportunity brought this preview to life.

La Traviata returns to Edmonton on a stage as grand as it gets and with a talented cast to suit. Giuseppe Verdi’s tale of a terminally ill, delight-seeking courtesan overcome by her first true love (before being forced to relinquish it) does not disappoint as the opener to Edmonton Opera’s 55th season. Read more

Considering the intimate production of La Traviata I previewed earlier this year, reviewing Edmonton Opera’s enormous and collaborative production made for an incredible contrast. I will never forget the staircase in this opera.

‘Redpatch’ Thrusts the Métis War Volunteer Experience into the Spotlight

To sooth the frustration of British officers—unable to tell Canadian troops apart from the Aussies and other colonial armies wearing identical uniforms in the First World War—members of the first Canadian infantry division to arrive in France were given red patches to wear on their left shoulder. Read more

Examining the “why” of indigenous WWI soldiers’ desire to fight for Canada — a power they might’ve held animosity towards — made for an interesting examination in this preview of a valuable new piece of Canadian theatre. This was my last cover story for Vue Weekly.

After More than 50 Years of Silence, the Mons Bugle Sings Again

This year’s annual Lest We Forget musical tribute hosted by the Cosmopolitan Music Society and the Loyal Edmonton Regiment boasts a special horn in its midst. At 11:11 a.m. on Nov. 11, 1918, an order was given to a bugler from Canada’s 49th Battalion to play the ceasefire bugle call in Mons, Belgium. The battalion was eventually renamed the Loyal Edmonton Regiment, and it granted permission to use the bugle this week to mark 100 years since the armistice that ended The Great War. Read more

I am most interested in history whenever it involves music, so the chance to profile such a significant bugle that hadn’t been played for decades was a fantastic opportunity.

Foote in the Door Productions opens its fifth season with an excellent take on Dirty Rotten Scoundrels. Jeffrey Lane’s 2004 musical comedy, based on the hit 1988 movie of the same name, follows Lawrence (Russ Farmer), a practiced schemer who ruses rich female tourists out of their fortunes, and Freddy (Trevor J. Worden), an upstart American con artist who crosses paths with Lawrence on his way through the French Riviera village that marks his turf. Read more

This was one of my favourite comedies of the year. Foote in the Door runs a leaner production then some of the larger Edmonton theatre companies, but the leading performers in this musical delivered an impressive show.

Viscosity is the most important piece of theatre I’ve reviewed in years. To move forward as an Albertan society, it’s essential we understand each other. Viscosity‘s blend of journalism and performance let audiences experience a variety of firsthand perspectives from people who drive our energy economy.

Through Song and Dance, ‘Tuck Everlasting’ Asks What We’re Living For

If you have the chance to live forever, do you take it? That’s the question posed to Winnie Foster, the protagonist in Natalie Babbit’s 1975 children’s novel Tuck Everlasting, remounted from Broadway as the musical season opener for St. Albert Children’s Theatre. Read more

I found out Vue Weekly was closing from a source for this article who heard the news before me. From that moment, the irony of writing about eternal life for a paper that was about to die hung over me as I worked on my last preview, but I’m pleased with how it turned out. 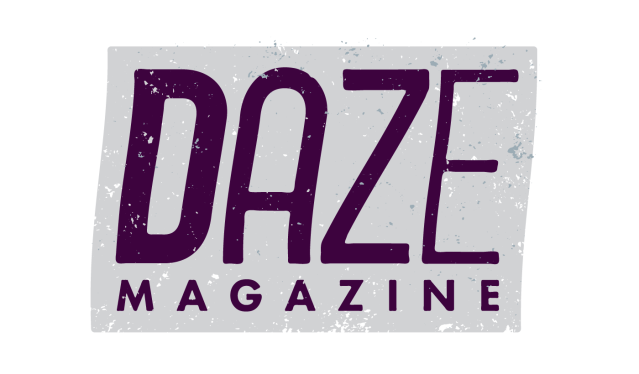 Some of Vue Weekly‘s editors immediately began exploring the possibility of a new publication to fill the void left by the death of Edmonton’s last alt-weekly. If you’d like to follow their progress, check out the Facebook page for Daze Magazine.