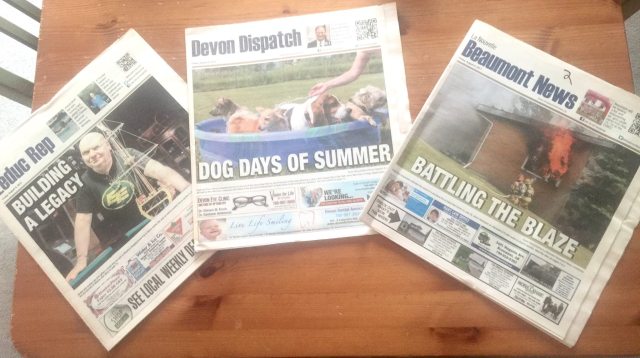 I worked as a reporter at the Leduc Rep weekly newspaper from the start of June until the end of August 2017. The newsroom was small, but my audience was engaged. My writing and photography also served several municipalities, appearing in the Devon Dispatch, Beaumont News and several other small papers. I was worked to the bone, but I learned a lot in the process. Here are some of my favourite stories from the internship.

END_OF_DOCUMENT_TOKEN_TO_BE_REPLACED 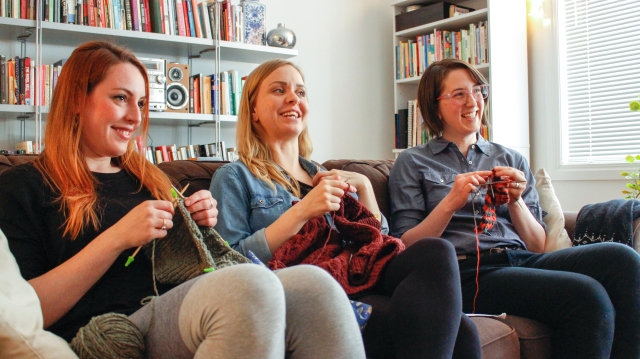 As part of the Nook, a startup Edmonton hobbyist website I helped run this semester, I wrote a deep dive on three Edmonton women and their knitting circle.

In through the front, and a wrap around the back. That’s the repetitious trajectory of it. The yarn ebbs and flows, weaving in and out of itself, guided by years of trial and error and two methodically twirling needles held by calm hands. And for some Edmonton hobbyists, it’s one of the best parts of their week.

Moving to a big city from a smaller community can be challenging in a number of ways. So to help curate their social life and fill their free time with fulfilling sense of productivity, three women that now call Edmonton home joined with their friends and formed a knitting circle.

Katherine McFatridge, Katia Reid, and Angela Johnston, come together every seven days to talk about their week and coach each other on their latest knitted creations. And They’ve been doing so for almost a decade. Read more

It was a joy hearing the three self-described introverts open up to me about how important knitting is in their lives. And more broadly speaking, making similar discoveries with the Nook over the last few months was a fun experience.