Of the three shows that I’ve recommended this weekend, Godless Sunday is the one that I’m the most undecided on. That’s partially due to an extended narrative-frame that’s developing at the start of the show. But if the intrigue of heavenly Grave Keepers and forsaken immortal humans, can be maintained, I’m willing to buy-in to future story arcs.

In Godless Sunday, 15 years ago, God forsook the world and humans lost the luxury of traditional death. Divinely designated Grave Keepers must deliver proper burials for those who die of natural or external causes, ‘else their minds corrupt and their stake in humanity slip away.

The first three episodes are an extended prologue that lays the ground for a promising plot. And the basic presentation is enjoyable enough so far; the animation is fluid and above par, the music is complimentary to an off-kilter false-utopian aesthetic, and the vocal performances are believable when heard in context.

I was a little wary when I realized that Ai, our young 12-year-old protagonist might turn out to be a whiny focal point for the hardships surrounding the people of her world, but my cautions were quickly brushed aside. Her age actually turns out to be very relevant to the plot, and her few, but age-appropriate, emotional outburst are easily tolerated and balanced by the remainder of the cast. Her role isn’t to mope about being doted on by adults. She seems to mature quickly and adapt to situations. 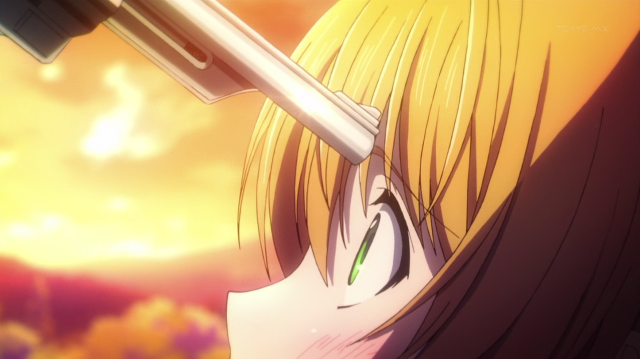 If you’ve got an interest in end-of-the-world stories, it’s probably worth sticking around for the Godless Sunday ride. The reason for the world’s demise in this show is one that I’ve – surprisingly – never seen before, and when all other things are equal, that’s enough to grab my attention and merit a recommendation.

(Watch it on for free on Crunchyroll)