Online matchmaking never crossed my mind when it came to Borderlands.

That might sound strange given that the game is undisputedly at its best when played with a group of people, but I had a set circle of friends who played the 2009 surprise-hit to death. By my last count, together we finished it nearly a dozen times. But this week, I gravitated towards the in-game matchmaking queue of the 2012 sequel for the first time, and I struck gold.

After 10 months of my friend’s excuses, religious sign-ons in which I’d stockpile Gearbox Golden Keys out of frustration, and my immediate downloads of the latest DLC the moment each tidbit launched, I finally grew tired of waiting for my “set circle” to play Borderlands 2. 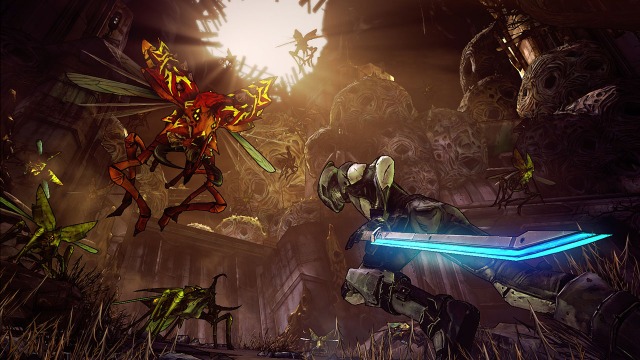 Lucky for me, I found a perfect match with a group of likeminded strangers on Xbox Live, and 26 hours later, I can’t imagine playing the game with anyone else.

It’s always been a custom with my real-world friends to consume the story of video games individually before we leap into co-op together. Throw a bunch of us into an online match (sleep-deprived, no doubt), and the joking expletives that ensue are bound to obscure a critical bit of story dialogue here and there. So we generally save our crazy, running-commentaries until a mutually agreed upon time after an anticipated co-op game’s launch.

I rushed through a solo-playthrough of Borderlands 2 in just over a week following the game’s launch last September, but my comrades were making more drastic adjustments to their new university lives than I. It wasn’t until late December that another player in our core group made their way to the end credits.

In the mean time, I’d since beat the game three times, hit the level cap with my primary character, and I’d begun to mess around with others while simultaneously hunting for achievements and challenges.

I spent the first four months that Borderlands 2 was available playing by myself. This game that centred around four-player co-op and farming rare loot, had been relegated to a single-player experience where I softly chuckled at jokes I’d already heard several times and I settled for the mediocre loot drops that come from playing in isolation.

None of my real-world friends will ever be as obsessed with Gearbox’s RPG-shooter franchise as I am, but that’s alright

When the Winter break came to an end and the number of players in my group failed to increase in the slightest (three of them were yet to even purchase the game), I gave up. If the circle is ever to be revived, I think it will only be with much shorter, one-shot games that can be finished in a couple sittings – not lengthy endeavours like Borderlands 2 which encourage you to come back again and again, grinding away for hours.

It’s clear to me that in our new, busy walks of life, none of my real-world friends will ever be as obsessed with Gearbox’s RPG-shooter franchise as I am, but that’s ok. There will always be people who share my degree of obsession waiting in online lobbies for another crazy nut to join them.

At a time when many of the people that I talk to the most are people I’ve never met in-person but instead converse with via social networks, I guess I’m not surprised that I was able to use a similar method to find a better group of gamers to consistently play with. I’m just surprised that it took me so long to make the connection.