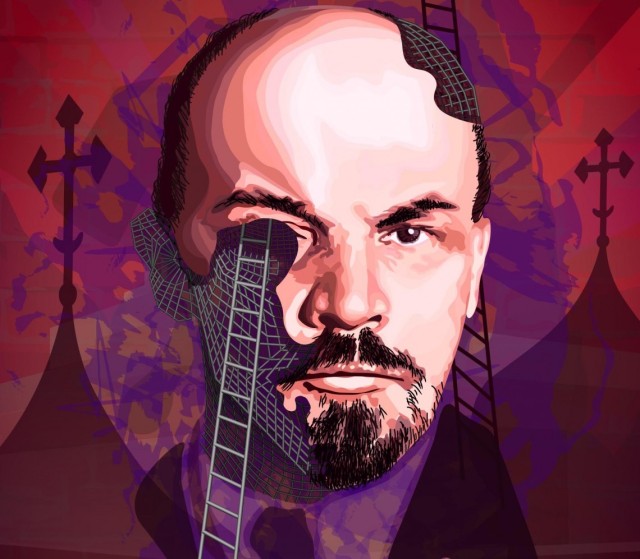 On Nov. 29, 2018 beloved Edmonton alt-weekly Vue Weekly published its final edition. Prior to that I’d neglected to share links to my clips from recent months, so here’s a list of my final seven stories in Vue Weekly after two years of freelancing for the paper.

END_OF_DOCUMENT_TOKEN_TO_BE_REPLACED 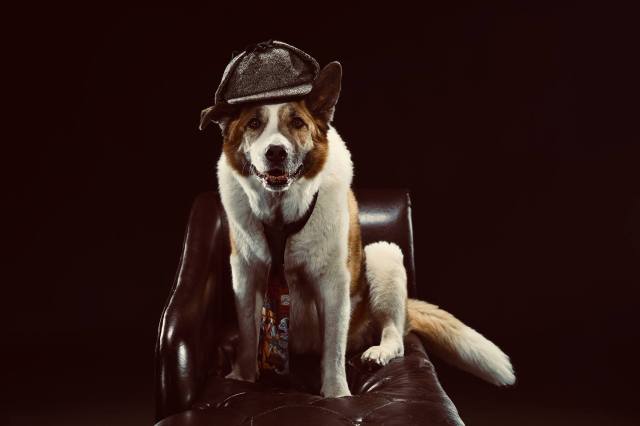 I reviewed nine shows at the Edmonton International Fringe Festival for Vue Weekly’s EdmontonFringe.ca this weekend. Here they all are in one place, ordered from fav to least.

END_OF_DOCUMENT_TOKEN_TO_BE_REPLACED 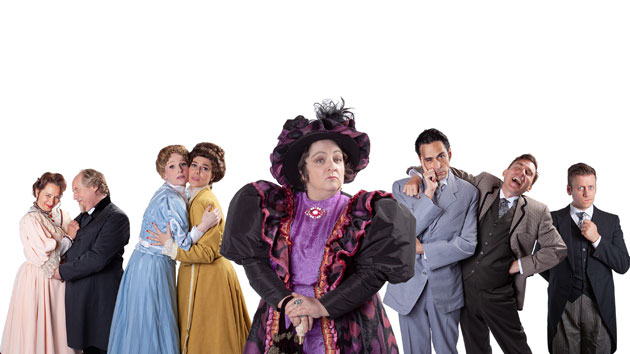 I sneaked a review of The Importance of Being Earnest into this week’s Vue Weekly. It’s one of my favourite dramatic farces, and Teatro’s star-studded local cast really did it justice.

Teatro la Quindicina’s second production of its 2018 season mounts a return of an enduring comedy in The Importance of Being Earnest by Oscar Wilde.Wilde’s final play remains as sharp in 2018 as it likely did in 1895. It features self-aware commentary on institutions—like marriage, education or social class—that have persisted through late Victorian London until today. And when it’s delivered with the performative nature of period aristocracy, it’s nearly impossible not to have a great time. Read more

The show wrapped on Saturday, so fewer people than I’d like got to read this review in time, but it was a fun experience nonetheless. 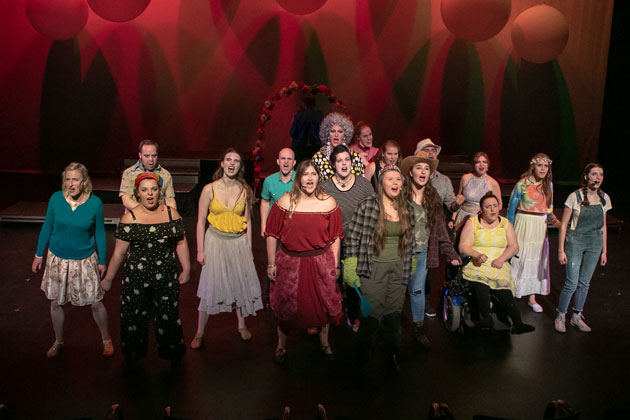 Here’s another review I wrote for Vue Weekly last month. Wedding Bells and Bombshells was a fun and inclusive musical with excellent choreography.

Edmonton Musical Theatre’s final production of the season, Wedding Bells and Bombshells, centres on a couple just four months into their relationship. They make googly eyes at each other, they lovingly share a secret handshake, and they’re ready to get hitched. But, clad in simple loafers, khakis and a blue polo, Bobby (Stuart Old) finds himself out of his element amongst the family of his fiancé Marcy (Kellie Koekstra)—in terms of fashion, but especially in terms of personality. Read more

This was also my first piece for a new editor. It’s always nice to see the trust carryover during a changeover. 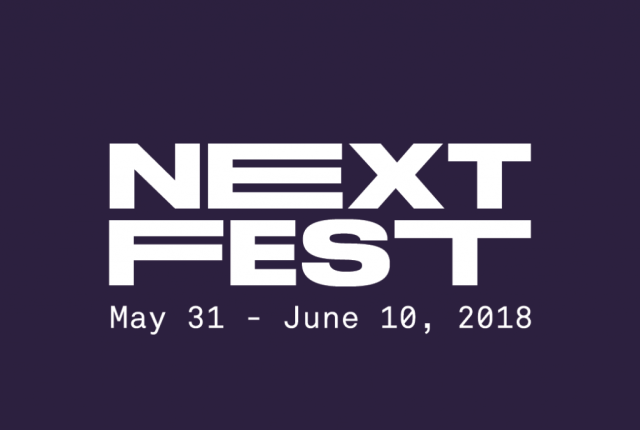 Vue Weekly gave me free reign of NextFest last weekend. Here are excerpts from my reviews of The Gooseberry, Where do we Begin?, Pretty Boy: The Musical, and Occupy.

… The Gooseberry is like a wreck you can’t look away from. Zena and Audrey gnaw at each other, openly antagonizing every party invitation, cooking preference and living habit. This animosity extends to the rest of the six-person cast too. Read more

Where do we Begin?

Joanna Simon and Lady Vanessa Cardona’s new theatrical work Where do we Begin? arrives as a poetic statement of reconciliation. Billed as a 45-minute land acknowledgment, the two creators take to the stage as themselves: Simon, a Plains Cree woman from here on Turtle Island, and Cardona a Columbian refugee. Read more

… One dancer glides across the stage in a wheelchair, while the other mirrors her movements atop a wheeled stool. A nurturing friendship exudes from the duet, complete with the wheelchair equivalent of trust-falls and several reclining embraces. Long moments of silence amid the vast space-like music set an introspective mood. Read more

Fantastic, homegrown theatrical art always invigorates me, and NextFest runs for four more days. You can purchase tickets at the onsite box office in The Roxy on Gateway Theatre or from the festival website. 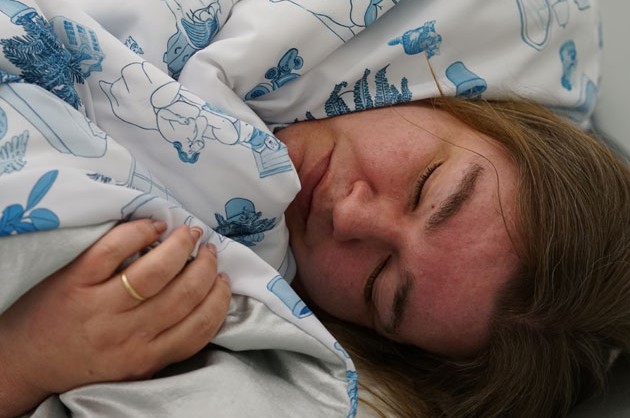 I covered Crash Pad, an engaging exhibition from Albertan artist Cindy Baker, for Vue Weekly a few weeks ago.

Crash Pad was first shown at the Tangled Art Gallery in Toronto last December, and it features images of diverse women at home, lounging in varying states of undress as they prepare to begin or end their days.

Baker chose Somerset paper for these prints to preserve the feel of the original watercolour paper, and within each image she presents a soft feeling of domesticity. Laundry baskets, wheelchairs, canes, furniture, indoor plants,  dogs, and cats all fill the frames in service of this goal. Read more

The exhibition runs until June 16 at the dc3 Art Projects gallery, with live performances held on Thursdays and Saturdays. 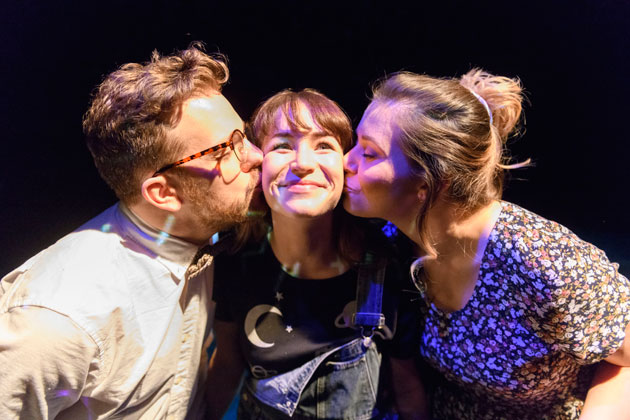 I got to review one of my favourite shows of the year, Infinity, for Vue Weekly.

The story follows violinist and composer Carmen (Larissa Pohoreski), and theoretical physicist Elliot (Ryan Parker) from their first meeting at a house party, to their eventual married life together and beyond. Between their scenes filled with equal parts friction and genuine love, monologues from their mathematician daughter Sarah Jean (Caley Thomas) shift the focus of Infinity through time, as she tries to understand her place in relation to her parent’s world. Read more

My writing here doesn’t do this complex production or Hannah Moscovitch’s script justice. Definitely check it out before it wraps on May 6. 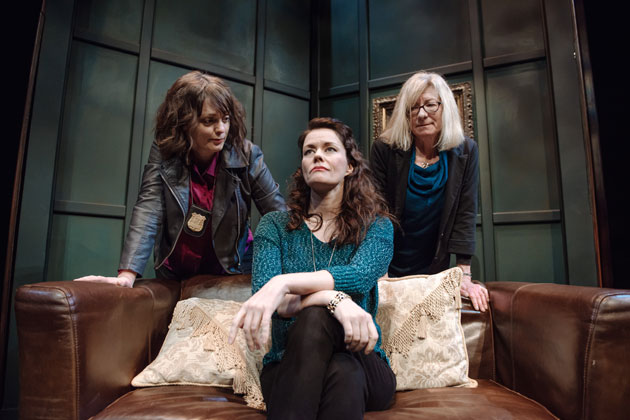 I got my first taste of “spontaneous theatre” this week when I reviewed Rebecca Northan’s Undercover at the Citadel Theatre for Vue Weekly.

While many improv shows rely on audience members for only a few moments to serve a gag, director and producer Rebecca Northan’s follow-up to her international hit Blind Date, takes a different approach. Undercover makes a single “rookie detective” the core component of the production’s 125-minute narrative conceit.

Police Sgt. Roberta Collins (Northan) hires the detective from the audience, quickly brings them up to speed on the job, and then sends them undercover to gather intel on a new criminal name in town at a private art auction on an acreage. Co-written by Northan and multidisciplinary artist Bruce Horak (who also plays Peter Vinen, the rookie’s inside contact) Undercover delivers an experience like no other. Read more

I plan to see the show at least one more time before it wraps in The Club theatre on Apr. 29, because it’s the kind of performance that will never be the same twice. I look forward to seeing what Northan thinks up next! 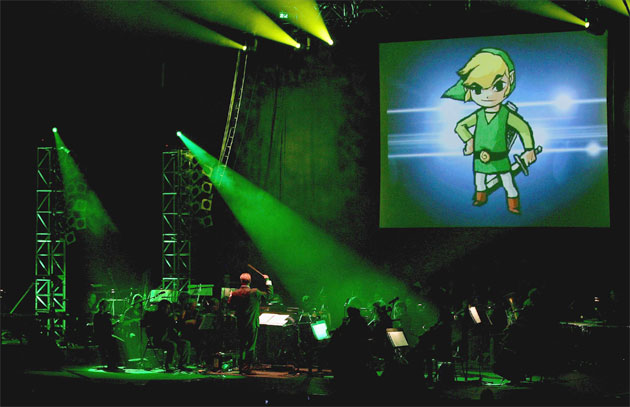 I enjoyed a fun and personal assignment this week when I previewed Video Games Live for Vue Weekly.

When veteran composer Tommy Tallarico dared in 2002 to produce Video Games Live—an audiovisual spectacle featuring symphonic music—no one in the business thought it would work.

But 11,000 people showed up to his first show in Los Angeles, silencing the doubters and starting a wave of momentum that still rolls today. Video Games Live now holds a Guinness World Records for the most concerts performed by a touring symphonic production (450, and rising), as well as the record for most concurrent live viewers at a symphony: 752,000 at a concert in Beijing, China in 2015.

“No time ever in the history of music have millions of young people around the world come out to watch a symphony,” Tallarico says. “Before Video Games Live, it never happened.” Read more

Alongside the first conscious moment I can recall as a toddler playing Chrono Trigger (trying to catch the password-rat in Arris Dome,) the haunting bass line of the derelict 2300AD labs is the first piece of music I remember. So to interview Tallarico about his numerous arrangements of equally great video game music for Video Games Live was a special moment I won’t soon forget.

Video Games Live tickets almost always sell out, but if you’re in town and can make it, hopefully I’ll see you there!

I recently noticed that Anime News Network began listing bylines on all articles in its news section (where I interned for six months in 2015) and as several employers have reached out to me with potential work opportunities, I decided to index a few clips for easy review.

Though I ended the internship in one of the lowest mental health states of my life, I’ve completely rebounded since. Working on ANN’s news desk in a 24-hour virtual newsroom with multiple deadlines each day was a phenomenal experience. In addition to assisting with translation, editing, and other administrative tasks, here are some of stories I wrote:  END_OF_DOCUMENT_TOKEN_TO_BE_REPLACED